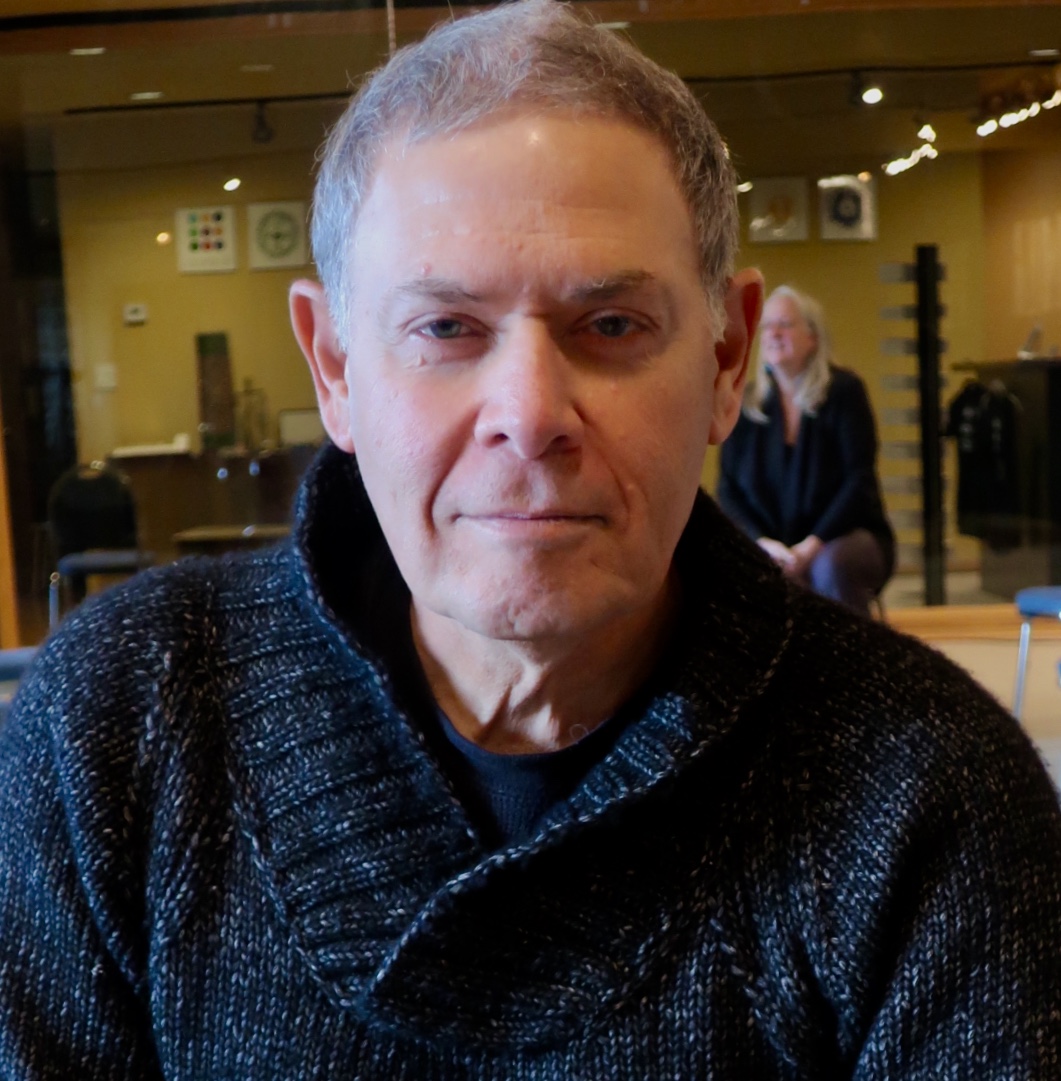 Getting Curious about the Natural Numbers

As a psychotherapist, Paolo Scoglio’s job has always been—first and foremost—to be curious about people; what thoughts drive their actions? What values do they hold? What makes them tick?

For Paolo, discovering the nine Natural Numbers offered a new, intriguing, and powerful way to be curious.

He was first introduced to the concept at a coach training course in California. He and his fellow trainees were offered identification with New Equations, who had found correlations between a person’s Enneatype and their physical being. One by one, the trainees were instructed to hold certain postures as the facilitators pushed on them; it immediately became clear that each person was effortlessly stronger in one of the nine postures, and often a different one form their peers.

“Being identified was perplexing,” Paolo recalls. He was familiar with personality type tests; most—including the Enneagram—used questionnaires and self-reporting to determine a profile. This was fundamentally different – it was physical, based in the body. How could he so easily resist a strong push in one stance, but barely hold his own against a weak push in another? How could merely shifting his attention to his third eye make that resistance even stronger, but someone else was equally strong from another part of the body in a totally different posture? How could the facilitators know so much about him as a person from these physical movements?

The experience of being identified was profound, and he could tell the other participants felt the same impact. “It was bewildering, and watching eighteen or twenty other people identified after me was actually overwhelming. It made me rethink how people are. My understanding of people—their differences and relationships—went from one dimensional to multi-dimensional.”

The emotion and energy of the session left him feeling “full;” he had found a new understanding, and new questions to be asked.

Integrating Body of 9 Into his Psychotherapy and Coaching Practice

Paolo remained curious about the Natural Numbers, and began integrating them into his practice. Working with Susan and Martin Fisher in Body of 9 he learned more about how the Numbers shaped a person’s physical being, spiritual energy, perceptions, values, and innate strengths. Feeling the benefits of knowing his own Natural Number, he wanted to learn how to identify others and share the sense of empowerment. It took time to recognize the many attributes of each type, but the results were rewarding. “If I understand what Natural Number someone has, I can understand several other things about them very quickly.”

Even without a formal identification of his therapy and coaching clients, using the observational identification skills he was developing by working with Body of 9 he found that he could learn a great deal simply by asking the right questions. He began using some of the physical exercises in his practice to help people calm down, get more in their body, and open themselves to body-based insights. While knowing a person’s Natural Number was most helpful, he was able to get the benefits of the system without being completely certain of a person’s Natural Number.

Using Body of 9 to Ground Clients

If people showed curiosity about the system, he would explain more about the nine types, including their origin in the Enneatype personality system, and would offer to test them with the postures and pushes. Once he’d determined their Number, he could offer physical exercises and meditations specific to their strength and their bodies that would help them “get grounded” when faced with overwhelming anxiety, stress, or emotion. Diving deeper into the work could also help people find spiritual growth and move closer to empowered living, better understanding their gifts and their needs.

Body of 9 and Relationship Coaching

He found the Natural Numbers also proved valuable for clients who needed relationship help. He’d noticed that many people tended to take an egocentric approach to interpreting the behaviors of their partners, family, and friends; they would judge actions or words against their own personal perceptions and priorities. However, Body of 9 had discovered that couples and their children never shared the same Natural Number (until there were more than seven children), meaning that some of the closest people in a person’s life were operating on completely different wavelengths—different spiritual energies, different physical beings, and different methods of engaging with the world around them. Without the context, misunderstandings were practically inevitable.

Paolo applied this lesson in his practice, offering advice for cultivating healthy relationships using the Natural Numbers. In one instance, he encountered a husband and wife who were struggling to communicate. Identifying the woman as a Natural Number 3 and the husband as a Natural Number 6, he had them take turns holding their respective power postures and pushing on one another. He also instructed them to make more eye contact, something that a 3 would need in a relationship that a 6 would likely never naturally think to do. They became very engaged in the exercise, and he was able to share more about the system and how it could help them. Over time, he saw improvements in their relationship, in the form of better and more compassionate understanding and communication.

Body of 9 and Parenting

He recalls being guilty of misunderstanding the motivations and actions of his daughter; judged against his own experiences as a Natural Number 7, he at first believed some of her responses in their interactions were “defiant.” He later learned, however, that his daughter had Natural Number 4; when change was asked of her, she simply needed to internalize it, figure out how she felt about it and move at her own pace. She, being a body-based Natural Number, needed to process her feelings with her body to distill the wisdom from her feelings before she could act.  For Paolo, if he were taking that same amount of time to respond to a change, it would more likely be a willful delay to intentionally derail the change.  Once he learned about how his daughter made decisions, he started giving her a lot more time and space without making her wrong about it. The knowledge that there were at least nine different ways of thinking and responding empowered him to strengthen their relationship.

Though he has been highly impressed and influenced by the Natural Numbers in his own life, Paolo continues to recognize that people must discover and experience the Body of 9 system at their own pace, and never forces the ideas onto clients who don’t connect with the context as part of their journey. However, he is excited to see how Susan and Martin have continued their work and research, and believes that what they have learned could massively impact the Enneagram System, and the world as a whole. He hopes that as they shine a spotlight on the understanding provided by the nine Natural Numbers, many who are interested in self-help, self-discovery, and working on their relationships will be able to find some of the answers they’re looking for, as well as some new and powerful questions.

He also knows that there is a great deal still to learn. Between the physical structures, the nonphysical energies, and the thought processes at play, there is still much that remains beyond understanding. But it is Paolo’s Natural Number 7 job to remain curious about people, and he continues to invite others to experience that curiosity in their own lives to explore what can be revealed through applying the system of the Body of 9 both personally and therapeutically.

If you’re ready to learn more about yourself and others, download the free ‘Four Practices for Presence’ guide here and begin exploring the impact you can have on the world. 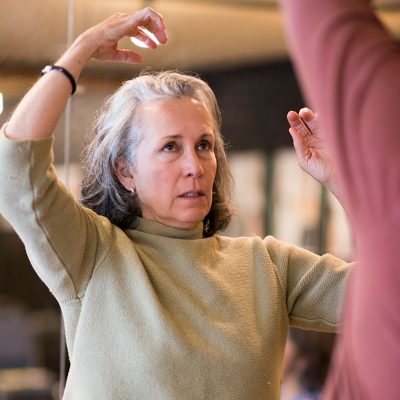 Activating the other 8 Natural Numbers

Activating the other 8 Natural Numbers

Learning to Activate Another Natural Number The Challenge With awareness and practice, we can also learn to activate the other eight Natural Numbers' regions fo our bodies.  This involves learning how to use a different part of your body to lead your movement. By... 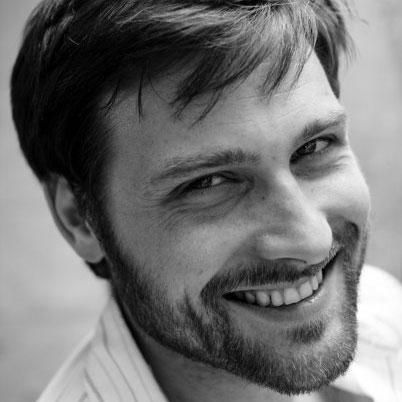 Drew's Story Natural Number 1It was the beginning of Burning Man, an annual festival held in the Mojave desert, and Drew Thompson had a goal. Though he’d been to the festival before, he’d had yet to engage with the more spiritual community and experience what it... 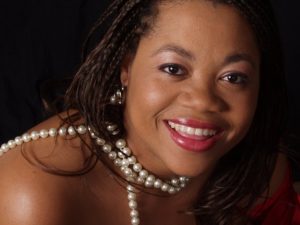 Armella’s Story Natural Number 2 It was the beginning of Burning Man, 2016, and Armella Gaines was excited. She had music to listen to, crowds of new people to interact with, and plenty of dances to join. However, one thing worried her; Gloria—her daughter—seemed...