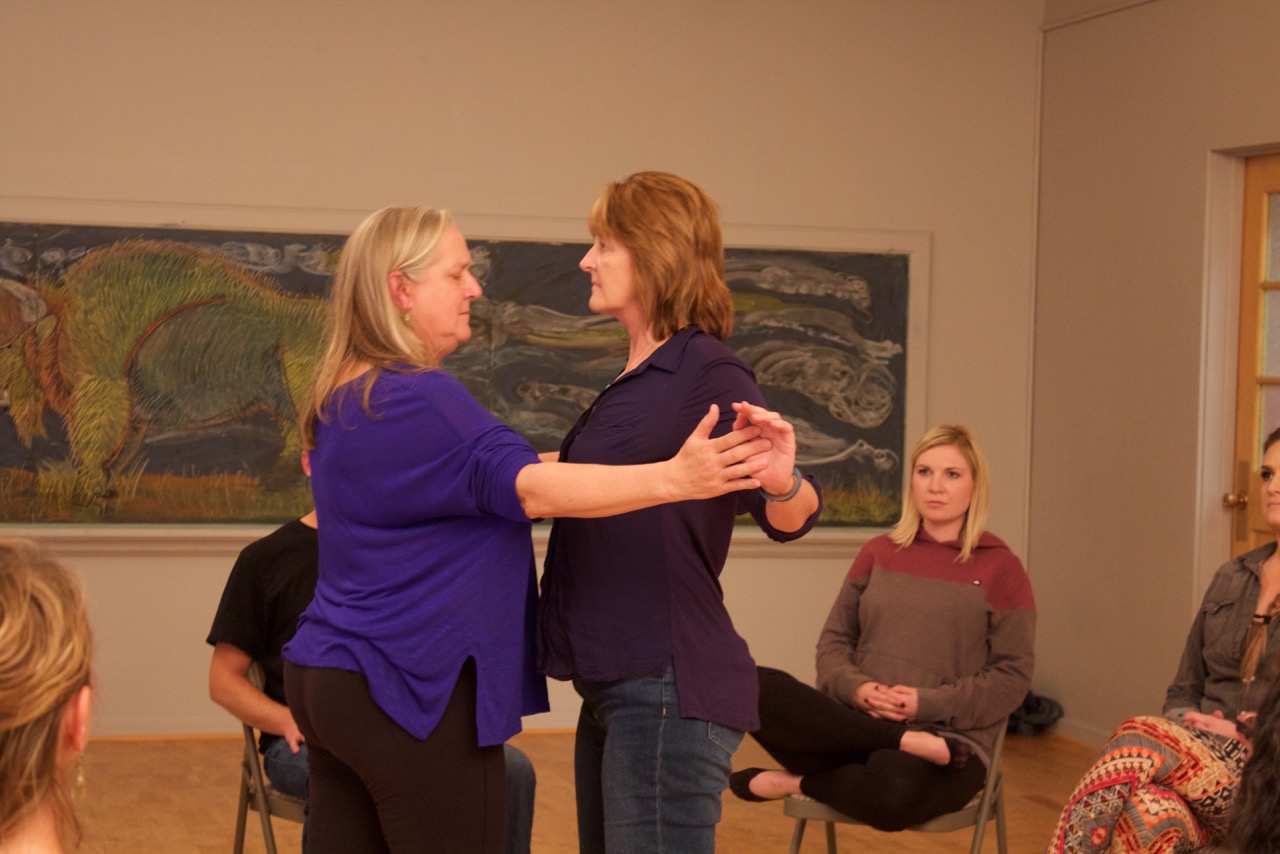 In October of 2015, Rhonda Phelps quit her job of 33 years the day after Susan and Martin identified her as a Natural Number 9. That decision marked her first step down a new life path—not only in career, but in her personal growth as well.

In the time leading up to discovering Body of 9, Rhonda had been struggling. She disliked her work, and felt that she wasn’t being treated well. Her relationships with her children had become strained, and her romantic life brought her more stress than comfort. “I was searching for something in my life I thought I was missing,” she recalls.

The identification brought that profound impact she’d been seeking, in more ways than one. Rhonda felt self-validation in what Susan and Martin told her about her power as a Natural Number 9: the power to see and sway the big picture. Suddenly, she began to understand her instincts, the things she would feel to be true about the world and people in her life that came from no discernable source. Suddenly, there was a context for why she existed in tune with the emotions and movements of others, especially in crowds. Suddenly, it made sense why she couldn’t focus on details the way other people could—her strengths lay in the larger vision. And that was okay.

It was in this self-reflection and affirmation that Rhonda realized she wasn’t where she wanted to be in life. It was the little shove she needed to leave her old job and begin a journey of reconnecting with her authentic self, with the pieces she had denied or been completely unaware of. “My sense of self has changed a lot in the past couple of years,” she says. Like all adventures, she encountered her share of set-back and challenges—an unhealthy relationship proved difficult to leave, and repairing her communication with her children took a great deal of patience and learning. Nonetheless, she persisted, turning those darker times into the catalyst for change.

Gradually, she felt her power as a Natural Number 9 easing her place in the world. She found that she was an excellent mediator, in both her professional and personal life. Her friends confirmed this, telling her on a few occasions that she could bring together a variety of people with a wide range of personalities and, somehow, all of them would get along. “I think that I have some effect on that in some strange way; I can hold them together so everyone feels comfortable, even though they’re completely different people.” Rhonda also got more in touch with her desire to learn; she found that she loved research and engaging with new skills. Spirituality, painting, and quantum physics all became areas of focus. As was true elsewhere in her life, she noticed that it wasn’t the details that stuck with her, but the big picture. “I just had this thirst for information,” she explains. “It seems like every year, every couple of months, I’d take a couple steps forward into my passions.”

Ultimately, Rhonda learned to like and accept herself. As she discovered more through her personal experiences, and from other Natural Number 9s, her confidence grew. She learned her awareness of the big picture—and the flow of energy in the world around her—could become overwhelming if she didn’t take moments here and there to separate herself from it, to set boundaries of what was outside and what was inside. She got a new job, where she could be herself, and found peace in living alone, rather than seeking a new partner. She hasn’t dated for 7 years, which leaves some of her friends confused, but it feels natural to her; she gets to choose who’s in her life. She says, “I’m seeing my life through my eyes instead of somebody else’s.”

Finding this truth in particular was a major step forward for Rhonda. In the past, her ability to engage with others—family, friends, or romantic interests—had felt mired by a sense of losing herself in the relationship. “I would always try to please other people, and I can get a sense for what other people want.” But because of this, Rhonda assumed that others knew what she wanted in turn, which could lead to dangerous conclusions when they seemed to ignore her needs. Upon learning about the other eight Natural Numbers, however, she was able to understand that when people failed to intuit her needs, usually no malicious intent was involved; most of the Natural Numbers must work much harder than 9s to discern what a person wants. “I was able to not be as offended, realizing how different they were in absorbing and processing information. It made me see a lot of the good in people that I thought was bad.” She now looks back on her original point of view as co-dependent, and in addition to changing her expectations, Rhonda also discovered that she doesn’t need to constantly please others, even if her power allows her to do so—instead, she can communicate with them in ways that make her feel good about herself too.

In reconnecting with her children, Rhonda relied on the knowledge that her kids, too, were very different people. The process wasn’t easy; her daughter had moved out in a rage, much of the conflict unresolved. Her son was facing his own challenges, struggling with some hard choices and harder consequences. She started with simple acts; both of her children were Natural Numbers that needed eye contact to connect with people, something that doesn’t come easily to 9s. As she began to honor this part of them, the relationships started to relax into a more comfortable and loving place. Drawing from practice in other relationships, she learned that she could separate her own identity from their issues, remaining supporting and encouraging without feeling “run over,” or overwhelmed. She was also able to show them more about herself, opening more honest communication. Gradually, her relationships with her kids improved into a positive part of her life.

As a Natural Number 9, Rhonda sees the big picture. She sees the importance of empathy and respect in the world. She sees how feeling more confident in her skills and identity has helped her find balance in engaging with people very different from herself. She sees how her experience is a microcosm of the experiences that many more could have, how those changes could affect the world beyond. In the big picture, Rhonda encourages others to learn more about Body of 9 for themselves, to seek the same awareness, understanding, and growth that changed her life.

Benefits of Knowing About Body of 9 in Family

What’s a Natural Number and Why Should I Care?

Maribeth -NN4
Loading...
We use cookies to ensure that we give you the best experience on our website. If you continue to use this site we will assume that you are happy with it.Ok